By Rail: While there is a rather slow shuttle train between Haridwar and Rishikesh, it is better to get to Haridwar on a mainline train and then do the 22 km by road.

By Road: Rishikesh is served by good roads and is connected by buses to other towns in Garhwal, U.P. and Delhi. 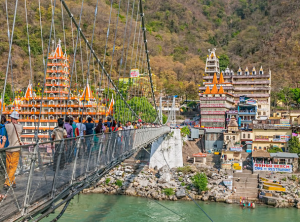 The river is spanned by the delicately fashioned suspension bridge of Lakshman Jhoola. Local Legend has it that, in the days of the epic Ramayan, this was a rope bridge which swung whenever people walked across it. Now another suspension bridge has been constructed 2 km downstream of Lakshman Jhoola. The swift flowing river can also be crossed by ferries fitted with outboard motors.

Other places of religious significance are Rudraprayag, Devprayag, Karnaprayag, Nandaprayag, Vishnuprayag, the Panch Kedars and the Panch Badris, and Hemkund Sahib. 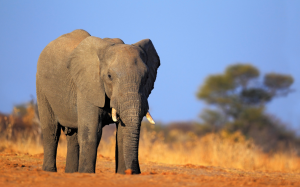 Chilla Range, Rajaji National Park, about 8 km from Rishikesh, is a wildlife sanctuary with a good elephant population. Other animals here include tiger, wild boar, nilgai, sambhar, spotted deer and langur. There is a GMVN rest-house at Chilla. 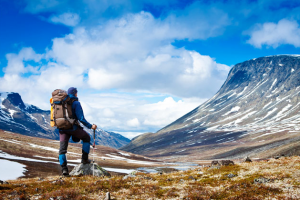 Rishikesh can be made the base for treks into the Garhwal Himalayas offering a very wide range of trekking. One can do religious treks, scenic treks, botanical treks, treks to experience the land and its people – with the option of doing a low altitude trek or a high-altitude trek.

Two popular treks out of Rishikesh are to Neelkanth from Swarg Ashram, 10 km, with option of using motor transport also, and Kunjapuri Temple, from Tapovan, again a distance of 10 km. Both temples are on hilltop and provide beautiful views of the surrounding countryside.
Garhwal has over 100 peaks more than of 6000 metre high. 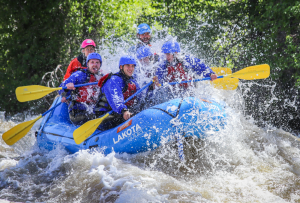 Kaudiyala, 38 km from Rishikesh, has the Tourists and Rafters Camp. Between Kaudiyala and Shivpuri, 15 km from Rishikesh, many other private operators have campsites on the beaches along the river. The best period for rafting is from October to April. 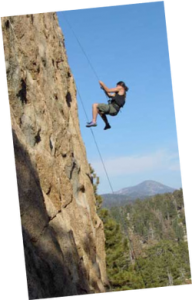 Some of the highest peaks in the world- Nanda Devi (7817 m), Kamet (7756 m) and Dunagiri (7088 m) – beckon mountaineers to the Garhwal Himalayas. The rugged beauty of the mountainscape is very hard to resist for those interested in the mountains. Rock climbing can be done at Kaudiyala, Tapovan, Tharali, Songad, Tekhla and Buranskhanda. 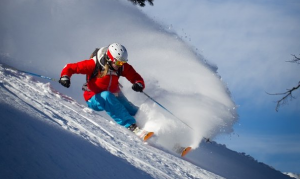 Auli in eastern Garhwal is the ski-resort. The slopes are 5 km long and stretch across an area of 3 km. The season is from December to March. There is accommodation, instructors, equipment and other facilities. A 800 m-long chair lift is operational